Gotland, that little Swedish island in the Baltic Sea that I have always known about but never had the pleasure or reason to visit. Until now. I was brought up hearing stories about relatives with closer connection to the Finnish side of our family and their adventures in the Baltic Sea. The island Ålborg was often mentioned. Sometimes Gotland. It seemed like an amazing little island. Growing up in the early 80's my creativity was nurtured and formed by all the amazing work that Astrid Lindgren produced. Many of her stories took place in Småland, the large forested county next to ours. Several of Astrid's work seemed to feature or be inspired by Gotland and it's unique setting. Pippi Långstrump (Pippi Longstocking) Astrid’s most iconic character had close ties to Gotland. Several scenes from the original Pippi Långtrump TV-series was filmed in Gotland. Pippi's legendary house Villa Villekulla, that they used for the TV-series, was built and is still standing there today. It is a major tourist attraction.
‍

Speaking of tourists. Several settings and scenes in Hayao Miyazaki’s movies have been inspired from Gotland. 魔女の宅急便 (Kiki's Delivery Service) comes especially to mind. The movie depicts an slightly enhanced and romanticized version of Visby with some added fantasy flair. This have put Gotland on the radar for many Japanese that have grown up with Miyazaki’s movies and made it a key location to visit for them when they travel to Scandinavia.
‍

Which brings us to the interesting, and almost ironic, point that Miyazaki's and his Studio Ghibi movies are a major inspiration for many Swedish game developers, young as old. Japanese entertainment such as games, anime, manga and movies, are often highly regarded among Swedish game developers and Miyazaki's work is often seen as the pinnacle. Many young and passionate Swedish game developers are mesmerized by the Japanese entertainment industry and often have a burning desire to release a game on a Nintendo console due to purely nostalgic reasons. They look to Japan for inspiration when they just could have looked in their own backyard here in Gotland. A place Miyazaki visited to draw inspiration from.

These thoughts took form during a visit to Visby for the annual Gotland Game Conference (GGC). This was my first time to both Gotland and this conference. I had heard great things about GGC from acquaintances and friends in the Swedish game industry. They had told me it was like a smaller version of Sweden Game Conference, our conference in Skövde, with an exhibition floor and several talks from industry professionals and game researchers. Since the Game Development program in Gotland is a merger between Gotland University and Uppsala University I expected an certain academic presence and level rather than the usual vocational college/factory game development.

The venue took place in the modern and nice conference hall called Wisby Strand, which was part of the Gotland/Uppsala University campus in the beautiful Almedalen area next to the sea and with the old Visby city as a backdrop. It is hard to imagine a more inspirational setting for young creative game developers.

The venue itself was a lot smaller than I expected. Outside the large and really nice conference hall, they had two cramped spaces with student teams exhibiting their games. They could have utilized these spaces more efficiently since they had much room to spare, both to provide some empty air to frame the different games and separate them from each other and to open up for easier navigation. But I assume they arranged this way to make it feel more cozy, close knit, fun and look more crowded in photos.

I had heard that game development students in Gotland once had course where they developed arcade games. It surprised me a bit since I know how difficult the arcade business model really is. I guess it is difficult for me to shake off the professional perspective and come to terms with students having the luxury of trying things doesn't make much business sense. Also, having studied and worked with industrial design myself, making physical products, I know that is something a game development student won't have time to grasp fully since that is a completely different and incredibly deep discipline. Also from my time at consumer electronics and tech companies I worked very closely with R&D teams full of electro engineers. It is a vast difference between an electro engineer and a game programmer. Industrial design, electro engineering and game development is required to make a proper arcade game. I simply couldn't imagine that the game development program in Gotland had sandwiched such different and deep disciplines into their program. When I arrived to GGC I could see that they hadn't. It was mostly DIY hobby craft cabinets. Many of the arcade games were held together by glue and sticky tape. Some were more elaborate than others. All were revolving a around their own fun gimmick mechanic. What surprised me was that the game development program in Gotland still made their students make arcade games. I thought it had been a one-off stint. I was also surprised of how many there were. The majority of the games shown at GGC was arcade games, or that was how it felt at least.

Some of the arcade games were more interesting than others. A fair amount of them were dance mat based or basically simple 2D endless runners with a quirky physical input device. Some had charm but few left a lasting impression. There was one arcade game where you straddled the neck of a big collosus that had to walk through a human medieval town and avoid destroying as many buildings as possible. The student team had made a large physical head of the colossus which the player sat behind and shifted around like a humongous joystick. Whether the team had been inspired by the popular manga and anime series 進撃の巨人 I dont know but the game reminded me of it. I also liked that the game's medieval setting seemed to be inspired by Visby itself with the city wall and old small houses.

After talking to the students I learned the reasoning of why they were still forced to make arcade games. Many students come to game development education around the world with dreams of developing the type of games they love and play. Very few of the students play student-games, they play highly polished indie or AAA games developed by experienced professionals. That is the type of games they will try to develop in school if they are left to their own devices. Which would be a fool's errand. Someone young that have a loose understanding of Unity or can draw some characters simply cannot compete with someone that have +10 professional development and business experience. But if the students aren't kept in check they will naturally set off to create their "dream games", which almost always will try to compete in the prestige indie darling or AAA spaces but won't stand a chance since those are cut-throat. So Gotland's game development program solution to this is to divide the students into teams and and let them develop arcade games. That is quickly slapping the rose-tinted and dreamy glasses off them and forces them to focus on a simple but fun mechanic, the most essential part of any game. That way they cannot get lost by overscoping, making a big narrative or something equally complex and time consuming. After having learned this it definitely made more sense to why they had so many arcade games at the expo. It is a valid solution to a classic issue in the game development education space.

But then I was surprised to learn that Gotland's local game industry did not have a better understanding of the arcade game sector. A student team told me that they had been able to "sell their idea" to a big and established arcade game company. They sold the idea not as a company but as individuals and on a royalty model. That seemed like a shortsighted shooting from the hip strategy to me. If Gotland's game education is going to continue have their students developing arcade games one would also expect their local game industry to figure out and build out the business end of that sector so that they can really help when the students transitions into professional game developers.

One last point about GGC's arcade games. They were really popular among the kids and families that visited the expo. Having kids and families present made the event feel very casual and friendly, like a festival. It was nice but I had expected the conference to be more academic and professional.

I talked to many teams and tried many games during GGC. There were thankfully some 'traditional games' (PC, mobile) shown as well, games that we at The Game Incubator and Sweden Game Arena have long experience of bring to market. Some of the games had potential. In some cases the teams showed more potential than their games. Something that struck me was how friendly and social all were. I later discovered that all the students had had a course in social interaction and teamwork, something that game developers not always aren't that good at.

After a while I noticed something less positive. In fact, it was down right depressing. Almost all the students I talked to showed uncertainty about their future. Some seemed to have already given up hope and was thinking about finding jobs in other industries. Seeing such young and bright creative people already giving up before they even try was heartbreaking. Since it were several students showing the same gloomy way of thought I figured it must be something that the local game industry in Gotland have coated them in. After some further investigation I learned that the students had been exposed to this uncertainty and hopelessness by teachers, guest lecturers and visitors from the local game industry. Why inject so much negativity into these young people I wonder? Of course, making it in the game industry isn't easy. Not any more at least. But it certainly isn't impossible. And that is all that matters and what any game development education should point towards if you ask me. The game industry need new, hopeful and young game developers, with heaps of creativity and a decent pinch of business smarts. If you foster a positive development environment you also foster the creativity to find a clever and sustainable path in the game industry. That is at least how we see things here at Sweden Game Arena and The Game Incubator. How anyone can walk around with bundles of such pessimism in their hearts in an stunning and historical setting like Gotland is just beyond me. Walking around in the city of Visby or going further away out in nature I got inspired everywhere I looked. I can now see why Astrid Lindgren and Hayao Miyazaki both went to Gotland and came away so inspired from it.

My recommendation to the local game industry of Gotland: stop being glued to your computer displays for a moment, go outside and let your beautiful little island calibrate and calm your mind. Let it inspire and guide you on your own unique path into the game industry. 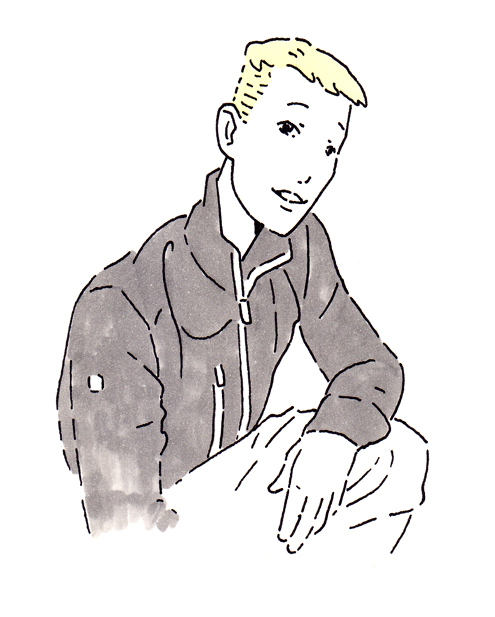